Nothing is as exciting as rising to a green view and staying in a home that welcomes the fresh morning sunlight, and cheers up the home’s atmosphere! If you love imagining this, then, won’t you love living in a home that brings all of the natural happiness at your doorstep? Of course, we know, you will! Rohan Iksha in Bellandur, Bangalore, is one project that transforms your imagination into reality.

Rohan Iksha sprawls across 8.5 acres. It comprises 13 blocks with 14 floors each, and 480 units. Rohan Iksha features unique double and triple entry points. These points allow an uninterrupted view of the natural surroundings. It also enables the circulation of fresh and natural light and air.

The project comprises a lot of ultra-modern amenities, along with the construction commitment from one of the leading builders of India, Renaissance Holdings.

Why choose to invest in Rohan Iksha, Bellandur?

Bellandur is one of the fastest-growing localities of Bangalore. It exemplifies rapid commercial and residential development and therefore makes investments a safer and easier choice. Rohan Iksha, Bellandur, is one of the leading projects in the Bellandur region. Investing in Rohan Iksha is investing in the benefits of this rapidly growing vicinity. Here are some reasons why you must invest in the project.

Rohan Iksha is a modern-day residential project. It understands the needs of the modern-age citizens of Bangalore, and hence, offers some of the best amenities. Here’s a list of the amenities that Rohan Iksha offers.

Factors considered in the above approximate all inclusive price are as follows.

The price excludes the following.

For an area brewing with development in the form of hospitals, entertainment centers, and IT parks, it is quite evident that it will also have the best of schools and educational institutions. Here’s a list of the some of the best schools near Rohan Iksha. 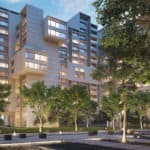 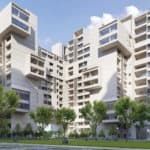 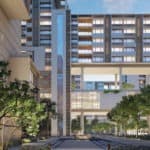 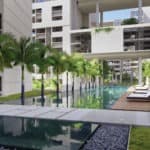 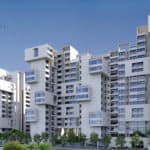 2. What all variants are available with Rohan Iksha?

Rohan Iksha offers a range of units to fulfil the residential demands of its customers. Here’s the list of the unit variants available in Rohan Iksha.

3. What are the security features of Rohan Iksha?

The security features of Rohan Iksha include CCTV cameras at all the vantage points, round the clock security, and an intercom facility.

4. What is the total area of Rohan Iksha?

The total area of Rohan Iksha is 8.5 acres.

5. What are the benefits of investing in Rohan Iksha?

A. Excellent connectivity to the Outer Ring Road, Sarjapur, and Marathahalli. B. Proximal to RMZ Ecospace, IT hubs, business centers, Ecoworld/ C. Efficient home design with ventilation and an amazing view D. Competitive price for a developing locality. E. Proximity to metro stations F. Near to a lot of schools, hospitals, and shopping malls G. Compliance to Vastu Shastra

6. How far is the Kempegowda International Airport from Rohan Iksha?

The Kempegowda International Airport is around 48 Km away from Rohan Iksha.

7. With which banks is Rohan Iksha approved for home loan?

The project is approved for home loans with major banks such as ICICI Bank, and HDFC Bank.

8. What is the location of the project?

The project’s location is Bhoganhalli in Bangalore East.

About the Builder – Renaissance Holdings

Renaissance Holdings – the builder of Rohan Iksha is one of the leading real estate and construction companies in Bangalore. It was established in 1994. The group, for 26 years, has been contributing to the infrastructural growth and development of Bangalore. The company deals in a wide range of areas. It includes real estate, hospitality, residential construction, and commercial development.

There are over 80 + landmarks that epitomize the highest quality of construction and innovative architecture to the credit of the group. The company operates across various states of India, right from Meghalaya to Maharashtra, and from Uttaranchal to Pondicherry in the south.

For over four years, the company has been consistently rated DA2+ by CRISIL. A lot of the company’s projects have also earned a 7+ star rating from CRISIL.

Bellandur is a growing urban locality. Rohan Iksha, on the other hand, is a luxurious residential project that features the latest amenities, and comfort to its residents. Considering Bellandur’s projected growth, and if you’ve got a slightly higher budget for an elite home, Rohan Iksha is here for you! 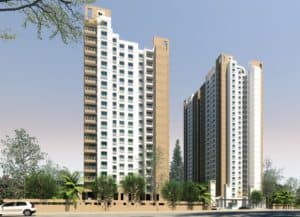 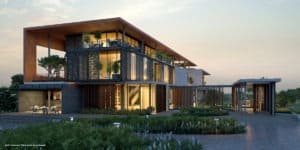 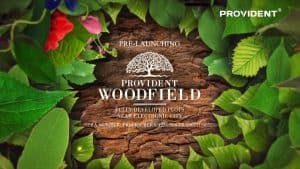 Get a Free Consultation From Property Experts Today!